Development of any mobile product begins with architecture building. Sure we had the same task when we decided to work on Multy.io. Our team of android developers was about to create a classic boring UML-scheme in any graphic editor – but well, you know, such commonly used approaches couldn’t suite our rock-star team.

Searching for different tools across the Internet we came across a realtimeboard. All the diagrams created with it don’t seem that boring but still can easily display separate parts or screens.

When editor program  was chosen it was the right time to decide on the architecture itself. Our Lead Android Developer Andrew Moroz had been checking  Architecture Components for quite a long time and was glad to find out that the components he needed for Multy’s architecture had already been included in the support library and announced to be release candidates. Andrew knew for sure he didn’t want to create another MVP, but something easy to use, simple, understandable and working. That is why he didn’t waste his time trying all the tools along, but chose LiveData and ViewModel: one can easily find their descriptions and use examples on the Internet. Having read several documents he had a clear idea “That is what I want”! 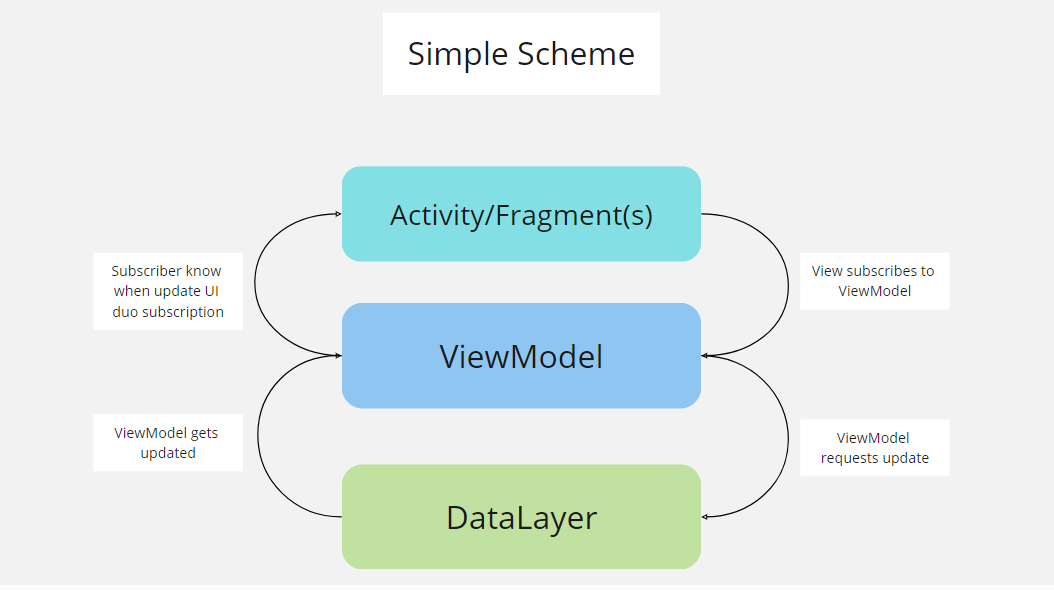 Andrew strongly desired to use Google Data Repository but failed to convince the team to use single God-Object Class. So they decided to use single Data Layer.

The next step was about creating mockups and visualising general ideas.

Hours had passed until all the data was transferred from papers to digital form. It turned out that linking ViewModel to Activity, working with its values through Fragments could be a pleasant process.

As the result: less code, life-cycle is handled automatically, direct links between components are not required anymore – isn’t it a miracle?